The event is set to be a knock-out 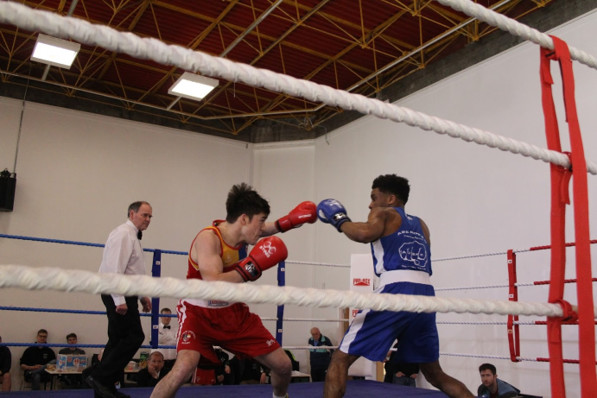 Aberdeen University Boxing Club will be holding a spectacular event that showcases the best skills from their very own boxers in the Aberdeen University Boxing Club Show. The show will take place throughout the day on Sunday March 1st in the nightclub ATIK, which will be temporarily transformed into a prestigious fully-licenced boxing venue. It gives the opportunity for Aberdeen’s own boxers to show off their talents in a selection of bouts that varies in skillsets from novice to intermediate.

This isn’t the first time the boxing club has hosted a show like this as one was held a couple years back when the nightclub ATIK was formerly known as Liquid. The decision to hold another this year was a rather late one because the Scottish University Boxing Championship is usually on at the time, but disappointingly the University of Edinburgh cancelled as hosts after Aberdeen University hosted the event the previous two years. However, Aberdeen’s boxing club decided to put all their hard work and training into something worthwhile, organising the show in less than a month thanks to the dedication by Johann Tirre and the 10-person committee as well as their three coaches. Ivy de Groot, who is club president and also captain, noted the importance of the show as an opportunity for people who haven’t boxed before to officially compete in a bout and “show off what they’ve learnt.” Whilst most sport clubs only have one secretary, the boxing club has two secretaries because “there is quite a lot of admin that goes into boxing” like getting all boxers registered and medically cleared at the start of the year by a doctor that comes into training. With so much admin work involved in the sport, the club still managed to organise the show in a short amount of time, showing just how dedicated the club is to what they do.

Despite losing a considerable number of boxers through people graduating last year, the club still maintains a solid number of members as new ones are coming in constantly, making their total around 100. They have a wide range of skillsets with some boxers completely new and others having a few bouts under their belt. Nonetheless, all boxers are determined to improve their knowledge and skills which is why the club trains almost on a daily basis, having both fitness and sparring sessions throughout the week held by coaches. Oscar Duval emphasised how helpful the trainings have been for improving his boxing as well as his fellow boxers, evident as he goes to almost every session and with an attitude driven to improve. He went on to praise their long-time coach Sandy Scott-Wilson, who has coached the club for over 30 years, in helping him with everything he has done and making him the boxer he is today. In his first bout, Oscar put all his energy in the first round and eventually lost by technical knockout. Since then, he has worked to improve from this and is beyond excited to box again in this year’s show.

Oscar will be boxing in one of 10 bouts in the show and, while it won’t be his first official bout, for the majority it will be their first official time in the ring. Ivy made it clear that they wanted to show off the tremendous range of skillsets within the club, with most as novice or intermediate boxers. Samm Anga is one of the more experienced boxers in the club that will be participating in the show as an intermediate despite only starting the sport three years ago when he joined the club. Now a fourth year, Samm mentioned how “every aspect of boxing has improved” for him, most notably footwork and fitness, since his first year and that is thanks to watching videos of himself training to see what needs work: “once you watch a video from then and one from now there is a massive change.” Rosie McCaffrey and Lewis Johnston are also boxing in the show and will be in their first official bout. Whilst Lewis has had some experience boxing with Heriot-Watt, Rosie started boxing two years ago but has only fought within the club so is excited to go against boxers from other universities. She also mentioned there’s a personal touch to the show as a “morality booster for all your friends and family to see you compete.” An important part of boxing is the training in the build-up to bouts, with boxers going to gym more often and putting in the extra hours to make sure they’re set on the day. Lewis feels confident in his preparation for the upcoming show as he is “starting to train now; go running every day and eat healthily”, noting that he is up for a challenge: “even if I’m up against someone who is way more experienced than me, I’d take it not as a negative thing but something I can learn from.” Timon Rijntjes is standing in as a reserve for the show after he was working towards the Scottish Championships that got cancelled. Like Samm, Timon is a fourth year so said the show would be a good opportunity to box one last time for the university and brings motivation towards the club’s boxers to work harder. However, he emphasised that “just having the show brings people together within the club”, touching on how it feels more like a team sport than an individual one.

The doors are set to open at 11:15 as the first bout is expected to commence at 12:00. The show will carry on until 16:00 which is when the final bout will start, a finale for such a jam-packed day. Entry is from 11:15 onwards, and the bar will be open from the get go when they will start supplying drinks for the entirety of the show. There will also be an afterparty for all the participating boxers and supporters to celebrate such an ecstatic show. Tickets are priced at £5 with students getting a reduced price. They can be bought through the club or on the AUSA website, but with limited places available it is encouraged to buy them in advanced. For one night in the centre of Aberdeen, ATIK will be converted into a boxing show that will not disappoint. The boxers have waited months for their opportunity. It is one not to be missed.

A Tribute to Kobe

AUWFC: standing up for the future of the sport