Who is Gray Crosbie, and what is their poem ‘Haircuts Between the Binary’ really about? 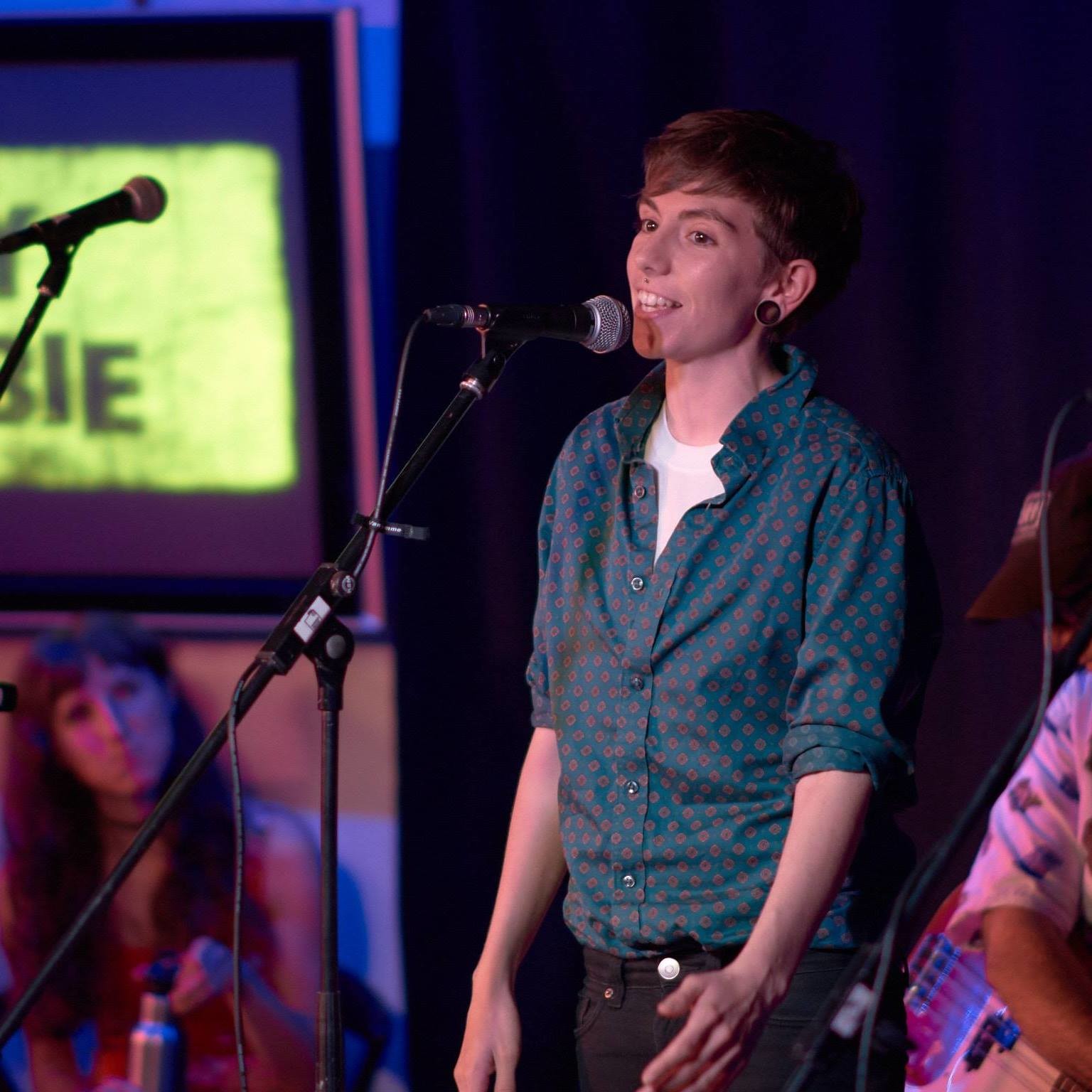 Content Warning: Cissexism (def. prejudice and discrimination against people who are not cisgender)

“Sometimes I pick my labels to make other people feel okay… But it’s never enough to say whether I’d like to be trimmed or shaved. They need to know my sex.”

The poem, although initially quite well received, quickly started attracting a staggering amount of hate as Piers Morgan, a notoriously conservative and controversial television personality, shared his opinion about it.

In his tweet, Piers Morgan claimed that the BBC was “pumping out more gender nonsense” by publishing Gray’s poetry. He went on to challenge Gray’s personal experience, stating that “nobody has to ‘struggle’ getting a bloody haircut”.

It goes without saying that Piers and his many followers clearly missed the point of the poem and merely focused on the descriptive title by BBC The Social. I doubt many of them even watched the video – let alone listened to the important message Gray tried to get across. If we as a society want to fix the widened gaps between our different demographics, we need to learn how to listen to each other. We need to stop claiming that other people’s experiences are somehow fake just because we haven’t experienced them firsthand, and we must do everything we can to make sure everyone feels truly included.

I wanted to gain more insight into the situation and to learn more about who Gray Crosbie is. I spoke with Michael Crosbie, Gray’s younger brother who is currently studying politics at the University of Aberdeen. Michael looks up to Gray as an inspiration – a statement which is best backed up by the mere fact of Michael’s current location. “I actually wanted to come here because of Gray. I remember Gray doing their dissertation… I was doing my standard grades at the time, so I came up and studied with them for a week.”

Michael tells me all about his older sibling’s skills in a way that any admiring little brother would. From music and Rubik’s Cubes to their poetry, Michael solidifies my idea of Gray as a person. There they are – a clearly talented person – loved by their family and friends, wanting to speak out about the issues they face in a peaceful and artistic manner, only to be attacked by Piers Morgan’s agenda to defund the BBC. The gigantic power imbalance between Gray and Piers should also not go unmentioned. Although they are a talented poet, Gray doesn’t have a big following on social media. However, Piers has 7.1 million followers on Twitter. Many of these followers quickly started attacking Gray’s message – blindly, without an ounce of empathy. Gray received hate on Facebook, Twitter, and even privately, eventually forcing them to make their Twitter account private.

The comments were mostly blatantly cissexist, many users quickly feeling the need to compare the struggle of getting a haircut to ‘real struggles’, such as ‘war’ or ‘famine’. But what is a ‘real struggle’, anyway? Who gets to decide that? Piers Morgan? A rich, white, straight, cisgender man who has never once in his life faced any sort of discrimination? The ridiculousness of the comments is astounding - one of the Twitter users even claimed that the poem was an attack on people who cut hair. BBC The Social responded to the turmoil with a tweet of their own, stating that it had been “a tough 24 hours here, fighting hate from all around the world, all because we shared the lived experience of a young person in Scotland.’ And they couldn’t be more right.

Why is the first instinct of all of these people to bully the poet who has just expressed some of the most difficult aspects of their life? Why do they not instead respond with empathy and a wish to learn more? One person’s suffering does not invalidate another’s, and it costs nothing to be kind.

“Their life isn’t without struggles as everyone outside the gender norm will know”, Michael acknowledges. “But it’s not a question to them – they’ll just do it. In the past couple of years, I’ve seen them come out fully as non-binary.” He goes on to comment about the people spreading hateful messages: “People like Piers Morgan will say that they’re supportive, but as soon as someone says something like ‘gay pride’, they’ll be like, ‘there’s no need for that anymore’.”

Michael shares some insight into the background of Gray’s poem. He tells me that, although the haircut aspect of the piece is clearly a metaphor for everyday struggles, it is not an example born out of thin air. See, some years back, Gray needed a haircut. In the small town of Cardenen, Fife, they only had two places to go – a salon and a barbershop. In this instance, Gray decided to visit the latter. However, once inside, they were faced with an uncomfortable question about their gender. As a line in their poem states, Gray sometimes ‘picks their labels to make other people feel okay’. So, baffled, Gray decided to answer that they identified as a trans man but were assigned female at birth. In response to this, the barber refused to cut Gray’s hair. Apparently, the barbershop had a deal with the salon across from the street – the barber was strictly for men, and the salon for women. There was no in-between. Michael recently spoke to the barbershop about their ridiculous approach to business – they now recognize trans-identities, but their policy is still against non-binary people, as the binary arrangement is still standing.

Many people responded to the poem, tweeting about how getting a haircut shouldn’t be so difficult. It is incredible how right all these commenters were whilst simultaneously being so completely ignorant. It is true – getting a haircut shouldn’t be difficult. But sometimes it is. It was for Gray, and I’m sure it has been for many other people as well. To these commenters, I would like to say: if someone from a group that you don’t belong to shares their personal experience, no one from outside of that group has any right to invalidate that. This is your time to be quiet and learn.

“The poem itself - as most people can tell – is not just about a haircut. It’s about all of these things. It’s about just the idea of having to accept one or the other and not relating to that at all”, Michael articulates. “There's real people living out there that just feel so uncomfortable.”

Gray was recently married and has a dog with their partner. They are involved with the poetry scene in Glasgow and recently published a book called Love, Pan-Fried. They have a strong support system to lean on when times get hard when ignorant people decide to spread hate instead of love when their experiences are invalidated by thousands of people. But not everyone has that. We need to recognize that fact and give everyone space to tell their stories – especially those people who are so often bullied for speaking their truth. It is our responsibility to listen, understand, and learn.

Today, when I search for Gray’s name on Twitter, most of the popular tweets are positive. Clearly, these cissexist people forgot about the poem as soon as they commented on whatever hateful thing they wanted to say. But Michael doesn’t forget, and neither does Gray. I doubt anyone who understood the true meaning of the poem and read those comments does. However, those positive tweets and comments that still appear on Gray’s Twitter are the ones they decide to focus on. Many people have come forward, telling the young poet how much their words mean. And those people… those people are the ones worth focusing on. The people who experience these struggles firsthand, and the people who choose to understand and learn. Because, as Gray says, “there’s so much possibility if we trim a bit off our prejudices”.