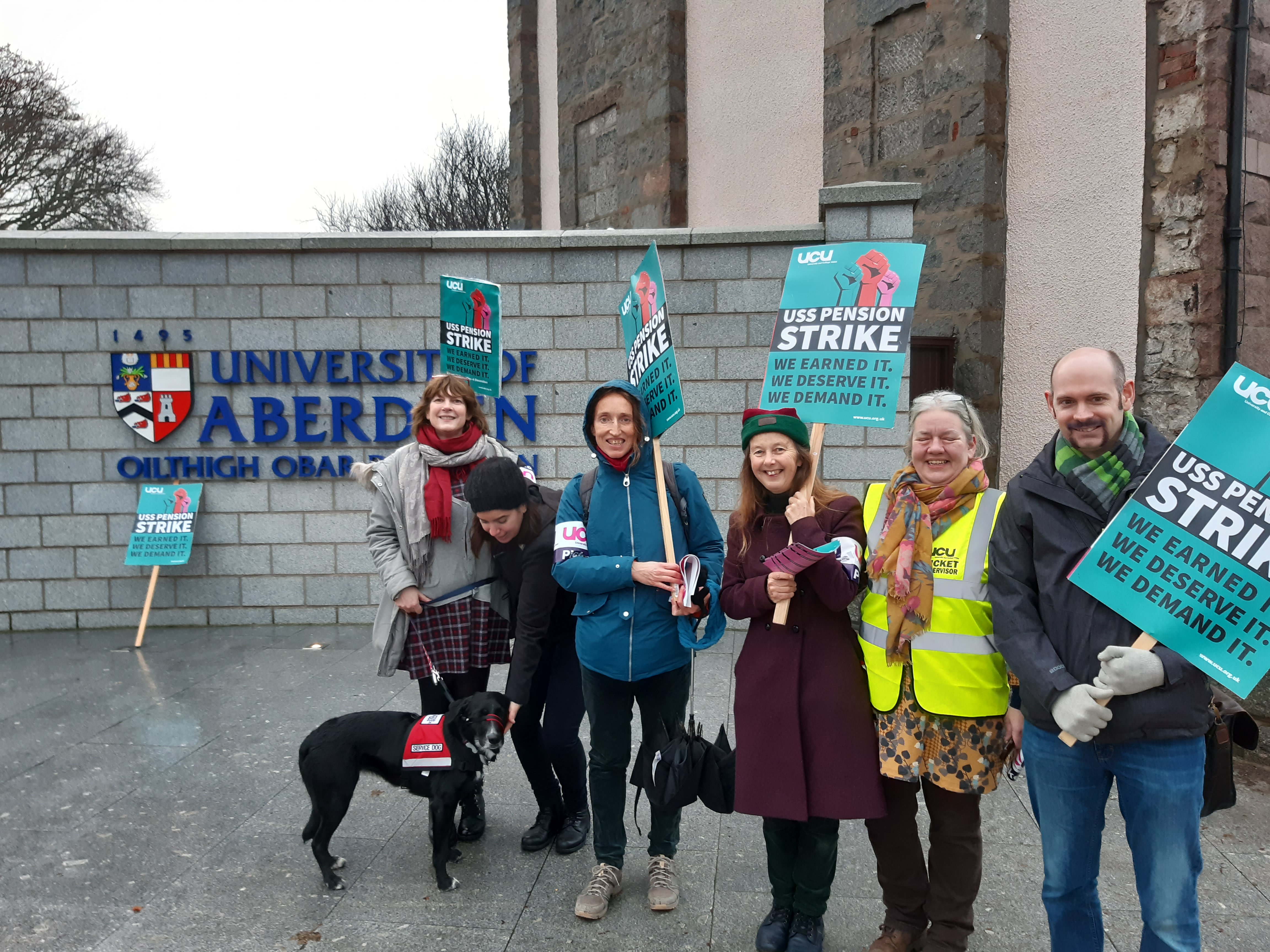 UCU members at 60 universities across the UK, including at UoA, have started eight-days of strike action over pay cuts, increased pension costs and deteriorating conditions.

Officially, Aberdeen UCU is only striking over proposed changes to the universities superannuation scheme (USS) which was the reason for strikes at 64 universities last year.

According to research by the UCU, the changes to the pension scheme will leave university staff more than £200,000 worse off.

According to research by the UCU, the changes to the pension scheme will leave university staff more than £200,000 worse off.

Action short of a strike, including working strictly to contract and not covering for missed lectures, will continue until further notice with further action expected in the new year.

Speaking to the Gaudie, UCU Aberdeen branch president, Dr Frederick Pedersen said: “What we’re trying to do is make sure that in the long-term the pensions are secure" and "that it is not just for our generation that we’re doing this.

“We want to make sure that the pension plan stays sound, that it pays out to the same extent as it has before and that it continues to be a defined benefit rather than a defined contribution scheme.

“Also, we wish to make sure that future colleagues will find it rewarding to join the profession. The pension scheme which we pay into is really a deferred payment of our salaries. For this reason, we have shown pay restraint in the past. If we allow members to receive smaller pensions at the end of their professional careers, the profession will find it increasingly difficult to recruit”

In a letter addressed to Aberdeen Students, UCU Aberdeen explained its decision to go on strike and urged students to contact Principal George Boyne with comments about the strike

In a letter addressed to Aberdeen Students, UCU Aberdeen explained its decision to go on strike and urged students to contact Principal George Boyne with comments about the strike.

The letter stated that the decision to go on strike was "not taken lightly”. UCU Aberdeen argued that “for the last ten years university staff have faced pay cuts in real terms” and, the letter continues "proposed changes to the pension scheme would mean staff lose 20% to 40% of income in retirement”. Therefore they felt there was no other option than to take action.

However, in an interview with the Gaudie in October, Principal George Boyne claimed that staff at Aberdeen University had not seen a fall in wages and that as such “a strike against those circumstances would not be appropriate”.

Pedersen responded by saying the UCU disagrees and that “our calculations come to a different result from their calculations”.

“What the Principal must also take into account is that the UCU is a union which covers the entire country and for that reason, a pay settlement has to be agreed nationally.”

“AUSA’s position is to support the lecturers, it was also something that the students wanted us to do.

Regarding AUSA’s position on the strike, Sabbatical Officer Louise Henrard said: “AUSA’s position is to support the lecturers, it was also something that the students wanted us to do.

“So, prior to the strike, we were in contact with the UCU to make sure all the communication was out there for students to know why their lecturers are striking. Supporting the strike was the natural thing to do.”

“And also for a lot of students they’re probably going to be in academia for the next wee while and some of them might become lecturers themselves, so I think it’s important to show solidarity, but also in a more selfish manner which will help them.”

“This is a national dispute and we hope that talks at a national level will continue and lead to a resolution. Here at Aberdeen it is revision week on campus, ahead of our exams, so teaching is limited, with contingencies in place in areas that may be affected. We are committed to providing an excellent educational experience for our students and are working hard to ensure disruption is minimised.”

The UCU strike will continue until 4th December, but exams during the strike period will go ahead as planned.