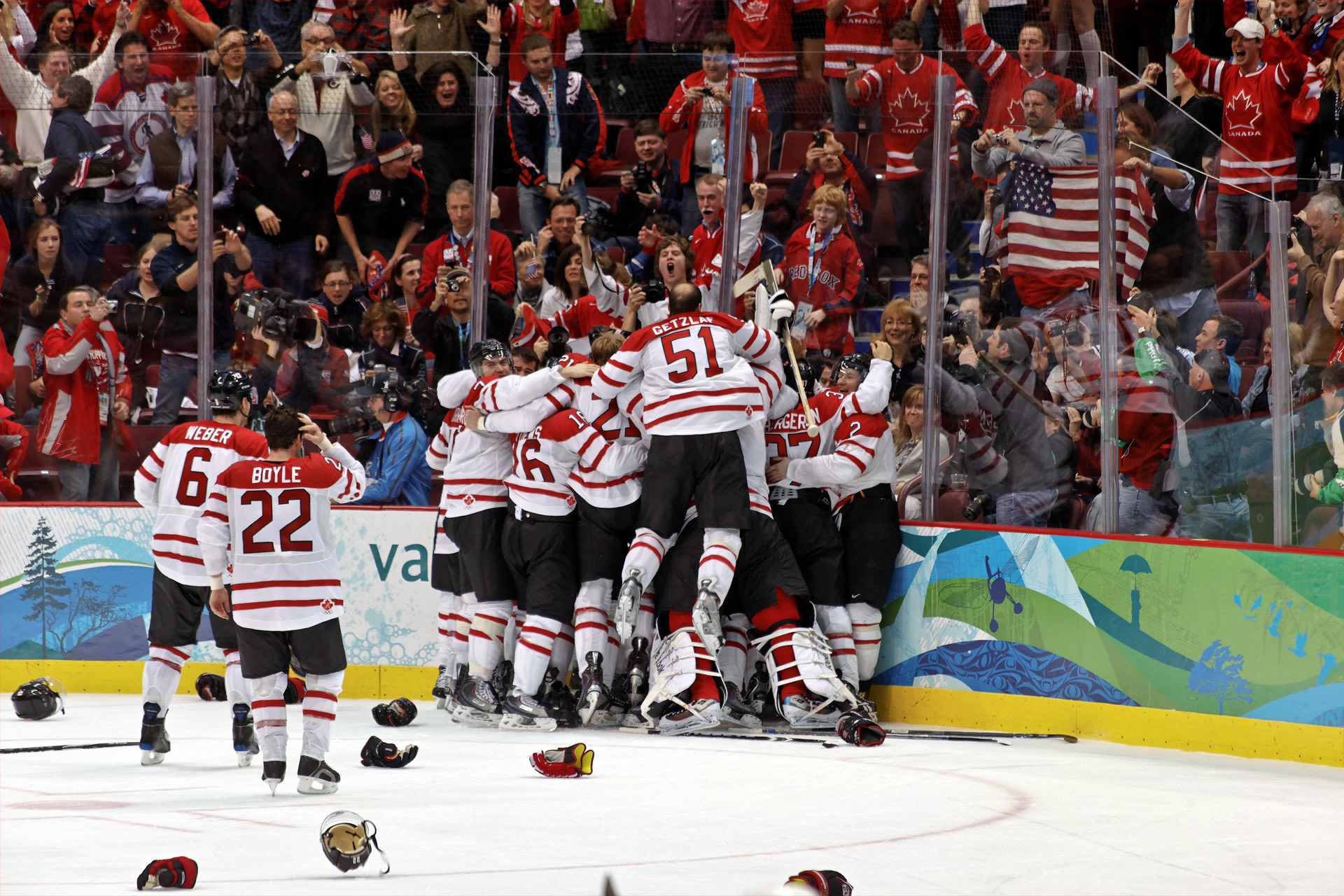 As we enter a new decade, deemed the new roaring 20s, it seems a growing trend to look back 10 years to see what the world was like at the beginning of last decade. It is crazy to think what was happening back then. Barack Obama was entering his second year as President of the United States of America, Leonardo DiCaprio starred in Christopher Nolan’s ‘Inception’, and The Black Eyed Peas were still rocking the music industry with “I Gotta Feeling”. The 2010s were so historic and pivotal, shaping us into who we are now, so why not also have a glimpse into the world of sport back in 2010.

2010 was a year headlined by three major sporting events. The first was the Winter Olympics held in Vancouver, Canada, during February. Approximately 2,600 athletes from 82 nations participated in 86 events in 15 disciplines, not including the Winter Paralympic Games which also took place in Vancouver a month later. Canada earned 14 gold medals, breaking the record for most gold medals won at a single Winter Olympics, previously held by the Soviet Union in 1976 and Norway in 2002 with 13. Third-place USA had a total of 37 medals which is 7 more than Germany, who finished second with 10 gold medals. Great Britain sent over 50 athletes to compete in eleven sports, but ultimately finished 19th in the medal table. However, Amy Williams, Team GB’s only medallist at the Games, won a gold medal in the women’s skeleton, becoming the first British gold medallist in an individual event at the Winter Olympics for 30 years. Since Williams’ performance, Lizzie Yarnold has gone on to earn consecutive Olympic gold medals in 2014 and 2018 in the skeleton event, becoming the most successful British Winter Olympian of all time. The entire 2010 Winter Olympics was a spectacle to behold, captivated by a perfectly-fitting finale as Canada defeated the United States in overtime, 3-2, in the gold medal game in men’s ice hockey. The great Sidney Crosby scored the “Golden Goal” that gained victory over the United States, and the puck from the final is now in the Hockey Hall of Fame in Toronto, representing one of the greatest moments in Winter Olympic history. Only two months into 2010 and already the year has seen plenty of sport. However, much more is to come.

Throughout June and July, South Africa was host to the FIFA World Cup. Heightened by the official song of the tournament “Waka Waka (This Time for Africa)”, performed by Colombian singer Shakira, the 19th FIFA World Cup was a defining moment in football history. Matches were played in 10 stadiums in nine host cities around the country, with the final being played in South Africa’s largest city, Johannesburg. European champions Spain defeated the Netherlands 1-0 in extra time thanks to a game-winning goal scored in the 116th minute by midfielder Andrés Iniesta. However, this was overshadowed by the large number of fouls committed throughout the final. Referee Howard Webb showed 14 yellow cards including a second one to John Heitinga, ending the Dutchman’s final by being sent off. Almost 85,000 watched live as Spain out-duelled the Dutch surrounded by sounds of the controversial vuvuzela, with millions more watching on TV around the world. Vuvuzelas were not the only thing to come out of this World Cup. South Africa were the first African nation to host the finals, sparking a decade full of dominant African football. Ghana advanced to the knockout round of the 2010 tournament after coming second in their group, but was knocked out by Uruguay in the quarter-finals. African stars such as Ivory Coast’s Yaya Touré, Egypt’s Mohammed Salah and Senegal’s Sadio Mané have since taken over the world of football. Spain went on to win the UEFA Euro 2012 tournament, becoming the first team to retain the European Championship. Whilst Uruguay’s Diego Forlán was awarded the ‘Golden Boot’ for best player at the tournament, a 20-year-old Thomas Müller earned awards ‘Golden Boot’ and ‘Best Young Player’ for Germany, jump-starting an enormous career which includes 100 international appearances. The 2010 FIFA World Cup was the start of a new era of football with young stars emerging to become some of the top players in the world. But one more sporting event took place to culminate such a great year of sport.

The 2010 Commonwealth Games was the largest Commonwealth Games to date, with a total of 6,081 athletes taking part in 21 sports and 272 events. The host city was Delhi, India, and the organisers received widespread criticism in preparation to the Games for the slow pace of work as well as security and hygiene. However, the image of the Games improved drastically as, on October 3rd, the opening ceremony wowed audiences around the world, dispelling any negative notions in the process. Australia took over the Games afterwards, placing first in the final medal tally with 74 golds and 177 in total. That is 36 more gold medals than the hosts India, who placed second. However, India’s 101 total medals brought the host nation’s best performance ever at a Commonwealth Games, beating off England by one gold medal. Scotland also finished on the final medal table, placing 10th overall with 30 gold medals and 140 in total. But all these outstanding performances are dwarfed by what India proved as a sporting nation. Creating a sporting culture that looks beyond cricket was a hugely important task to India. The aim was to encourage the youth community to “Come out and play”, which was the motto for the Games. It was a major success for the whole of the Commonwealth and especially India, who most certainly cemented themselves as top athletes, and the legacy of the 2010 Commonwealth Games was emulated throughout the rest of the decade.

Although these three sporting events took a lot of the spotlight in 2010, many more magical moments took place throughout the year. Drew Brees won the Super Bowl with the New Orleans Saints, and 10 years on he is still making plays in the National Football League at 40-years-old. Basketball legend Kobe Bryant won his fifth NBA title against the Boston Celtics and took home the NBA Finals award in the process. Although he didn’t win another title, Bryant retired after the 2015-16 season as one of the greatest, culminating a stellar career by scoring 60 points in his final game. Sebastian Vettel won the Formula One World Championship, becoming the youngest driver to do so. His victory came after a dramatic season finale at Abu Dhabi as three other drivers could have won the championship – Mark Webber, Fernando Alonso and Lewis Hamilton. Since the famous finale, Vettel and Hamilton have battled on for the championship, with Vettel winning three more and Hamilton winning five of the last six. Phil Mickelson won his third Masters title in April and became one of 12 players in the history of golf to win three of the four majors after taking the Open Championship in 2013. Whilst the decade of golf saw Rory McIlroy rise to roaring heights, the great Tiger Woods hit personal problems and injuries. However, after numerous setbacks, Woods re-found his form by winning his first tournament in five years at the Tour Championship in September 2018 and his first major in 11 years at the 2019 Masters. In Great Britain, the year of sport always comes to a close with the Sports Personality of the Year Awards held in December, looking back and celebrating the fantastic accomplishments of so many great athletes. The 2010 Sports Personality of the Year Award was given to jockey AP McCoy after winning the 2010 Grand National on his 15th attempt, having won more races than any jump jockey in history.

It is unbelievable to think just how much the world of sport has changed since 2010. A whole decade gone by and, with it, loads of sporting memories never to be forgotten. But it is now onto a new decade, a new era in sport. Sporting legends will retire as new stars emerge. As we leave 2019, this year brings many sporting events that we cannot wait to watch. With the UEFA Euro tournament to take place in the same year as the Summer Olympics and Paralympics, 2020 means to start the decade exactly as 2010 did – in spectacular fashion!

A Tribute to Kobe

AUWFC: standing up for the future of the sport