Will we lose the polar bear?

As Arctic ice melts faster than expected, fears about the survival of the species worsen 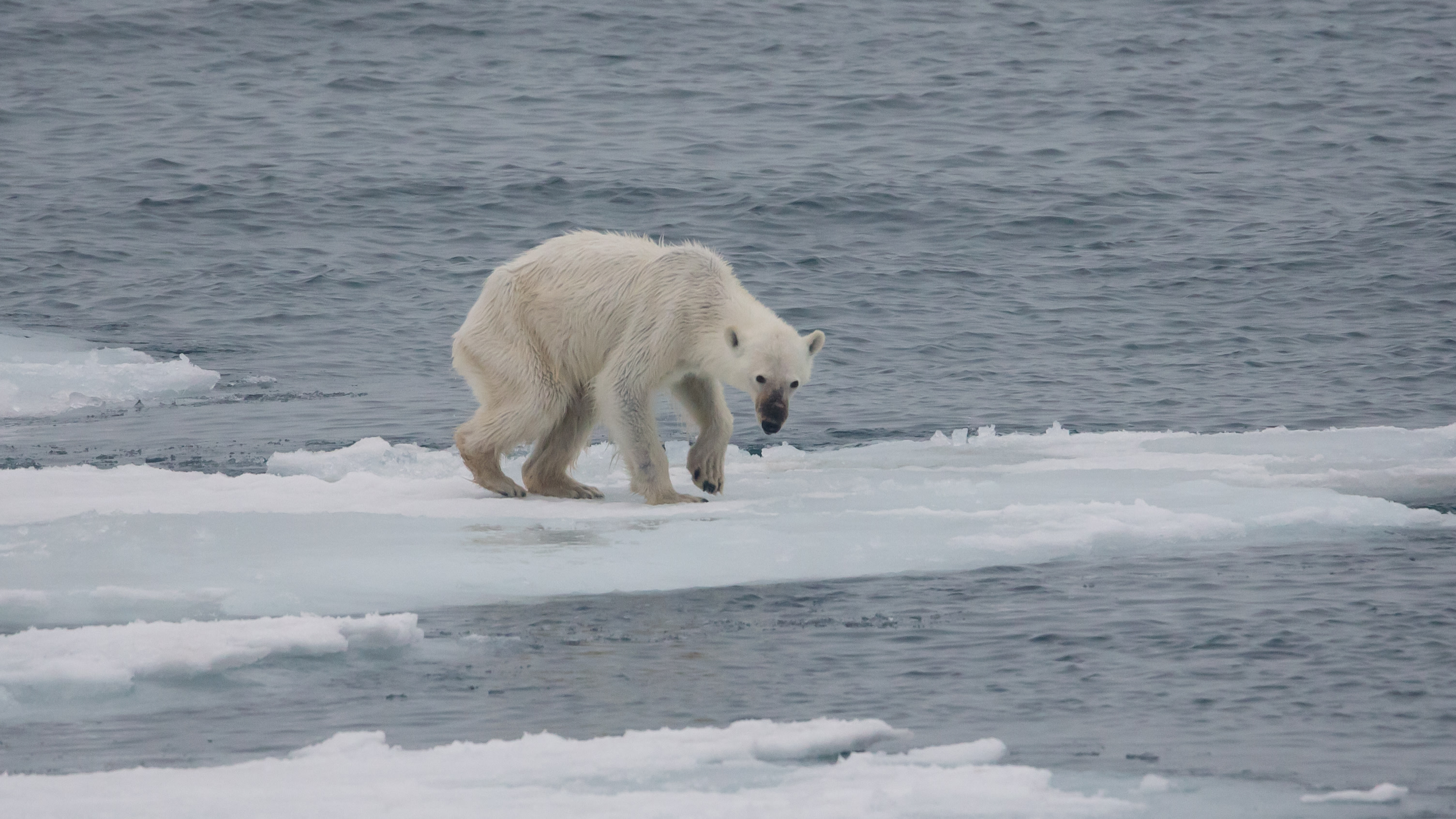 According to the International Union for Conservation of Nature (IUCN) current polar bear population estimates are said to be around 26.000, with a 2016 study published in The Royal Society predicting a population decline by a third by 2050. This substantial decline is connected to the loss of sea ice, underlined by the yearly reductions in annual minimum Arctic sea ice cover (second-lowest ever recorded in 2019).

Despite only being classified as ‘vulnerable’ on the IUCN’s Red List, there are significant worries for the polar bear and the decline of the species. Recent reports by the Intergovernmental Panel on Climate Change (IPCC) show that the Arctic ice is being lost at a severe rate. Without sufficient ice, polar bears will struggle to find a food source as they wait near holes in the ice to prey on seals and depend on ice sheets for reproduction. Since ice is depleting faster and minimum summer ice extents are decreasing, it is becoming harder for polar bears to feed, breed successfully and ultimately survive. In addition, the period of minimum ice extents is increasing, making it difficult for polar bears to find adequate ground and thus, are forced to swim for longer periods. The IPCC report states that the minimum sea ice level this year will equal only 1.6 million square miles. In short, this means bears will go hungry as they will be unable to reach sources of prey. Young cups requiring a lot of nutrition for growth and populations habiting areas further south where the ice retreats earlier, such as the Bering Sea and Hudson Bay, will be impacted strongest.

Without sufficient ice, polar bears will struggle to find a food source as they wait near holes in the ice to prey on seals and depend on ice sheets for reproduction.

This ice loss does not just impact the polar bear but also numerous other species which inhabit the Arctic, such as the Arctic fox, and the effects from melting ice are not limited to land animals. As polar bear numbers decline the Arctic region loses one of its apex predators and the whole community structure changes. In addition to the problems at the top of the food chain, there are problems resulting from the bottom of the chain. The algae in the Arctic use the bottom of the ice to grow and ultimately support the whole Arctic ecosystem. Algae are the primary producers of the food chain, which means they represent the most important food source for zooplankton, which in turn then feed the fish and this pattern works up the food chain until it reaches the polar bear at the very top. Without these fundamental members present at either end of the food chain, the whole arctic ecosystem could crash in on itself.

As the effects of the climate crisis are coming into clearer view, it is becoming progressively more difficult for scientists to carry out studies in the Arctic. This is because the ice is becoming too thin and dangerous for fieldwork. This year the ice was thinner at an earlier stage meaning that the US Geological Survey (USGS) were unable to do any work. Overall, this could harm polar bears further because experts will be unable to predict population numbers, properly assess their conservation status and argue for sensible policy in the area.