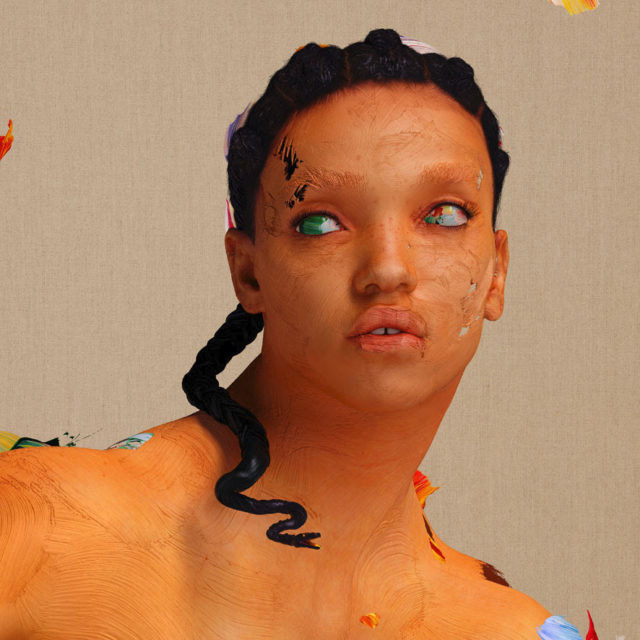 FKA Twigs has released her first full length album, Magdalene, in four years. With a biblical metaphor running throughout, she is the Mary Magdalene of her narration: confused and sometimes powerless, but  resilient in her remaining and trying. Although the album is calmer and more abstract than its predecessors,  Magdalene keeps her signature otherworldliness. The self-produced album is speculated to reflect her breakup, female power and fame. It is confusing and cohesive at the same time, as she expertly puts her past few years of personal turmoil into music.

With the choreography and art, the album is an experience, as well as a piece of music. In fact, I doubt if the music was the sole focus, at best it shares attention with visuals. Just like any art, it works best if you take it how the artist intended, and with the videos or performances alongside the tracks, it’s magical.

FKA Twigs creates something more than just the music: the art surrounding it is incredible, the album art itselfis gently terrifying in every aspect: her likeness is never quite right, her size, shape, colouring and even of the texture of her skin are not what they should be, and the result is alarming. Which is only fitting, in a project intending to challenge its audience  it reflects the process of finding power in pain, a shower of hardship on the artist’s behalf never could have been easy listening. Instead, with Magdalene, complex and messy at the same time, I think the result is beautiful.

The album is honest, and all round artistic: videos, album art, production and music in Madgdalene  deserve to be taken seriously in their own right. In preparation for the ‘Cellophane’ video, FKA Twigs spent a year learning to pole dance and dance suspended from the ceiling. She lived as a professional athlete, doing cardio twice a day, at least two hours on the pole, cross training and yoga once a day– and a similarly athletic diet plan to match.

This commitment pays off by beautifully offsets the song, as she sings the lyrics ‘why won’t you do it for me? When everything I do is for you.’ The incredibly complex moves she performs give more power to the lyrics, permeated of vulnerability.