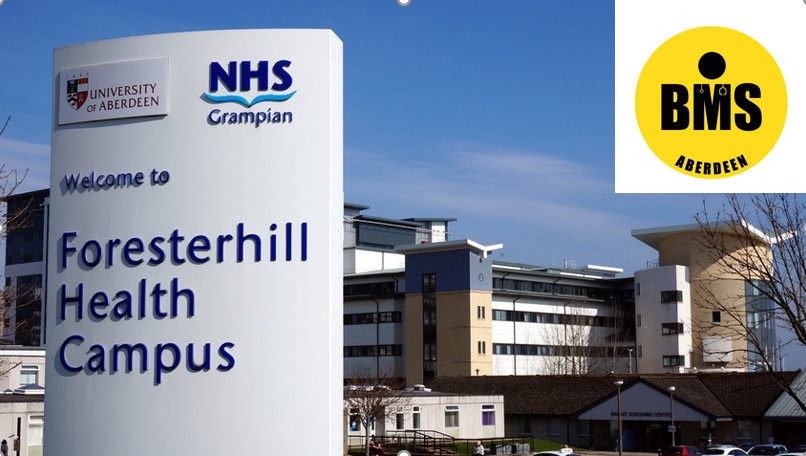 An open letter, calling out a culture of racism within the University of Aberdeen Medical School has been sent to the Director of Medical and Dental Sciences, Professor Patey, and other staff.

Signed by more than 30 different societies and over 360 students and alumni, the open letter was written by the Black Medical Society Aberdeen.

One example from a student reads: “A lecturer made a comment when explaining his time in London, that a Yardie (this is a term people of Caribbean descent use to refer to each other, but when used outside of this ethnic group is highly derogatory) was more likely to get shot in Brixton, than get their 5 a day.[…] It had no additional benefit to the lecture and they did not take into consideration whether someone would be offended by suggesting an ethnic group is more likely to get shot than eat healthy.”

"a patient referred to me as a monkey when referring to a group of nurses who were in the corridor. Instead of saying anything the staff just laughed.” - open letter

Testimony from another student reads: “A couple months ago, I was in a tutorial after a GP placement. A student shared about her colleague facing racial prejudice whilst away, with patients calling her racial slurs and demanding to see a different doctor-which of course was provided to the patient! I went on to ask how to deal with and report such issues - only to be told by the tutor to basically get over it. He justified this by saying patients also discriminate against him because of his ‘Scottish beard’ and so it’s our duty as a doctor to care for patients and not dwell on such things […]”

Other examples include a tutor finding a student’s name “difficult” to pronounce and dealing with it by ignoring the student as well as an incident in which staff laughed at a student being referred to as “a monkey”.

The letter calls on the University to change its culture on the topic of race and the way it deals with racial discrimination, as well as providing guidance “on accessing mental support if required.”

"Within the School, East Asians only represent around 3% of the academic staff members. Despite this, the odds of being targeted for redundancy were greater than 30% for East Asians, and only 4% for their white colleagues." - Gaudie, 2018

This is not the first time Aberdeen Medical School has faced allegations of what some might call institutional racism. In 2018 the Medical School was accused of racial discrimination after East Asian staff were overwhelmingly targeted for redundancy. The University of Aberdeen was also taken to an employment tribunal for unfair dismissal, racial discrimination, and victimisation (link).

Responding to the open letter on behalf of the University, Professor Siladitya Bhattacharya, Head of the School of Medicine, Medical Sciences and Nutrition, and Co-chair of the University’s Tackling Racial Harassment Working Group and Race Equality Charter Champion, said: “I am shocked and saddened by the accounts detailed in the open letter, and I am actively taking steps to address the underlying issues these highlight.

“As a University and as a School we absolutely condemn racism and discrimination in all its forms and are committed to empowering our students and staff to stand up to racism wherever and whenever it occurs.

“We welcome the opportunity to discuss the concerns raised by our students, and we have been in close dialogue with them to listen and provide reassurance that these are important issues that we take extremely seriously.”

The open letter also calls for the “revolutionising” of the curriculum and incorporation of diversity in teaching, citing UK healthcare statistics which show that on average Caucasian consultants earn around £4,644 more per year than their Black or Ethnic Minority counterparts and that Black NHS Staff report the highest incidence of bullying and harassment from colleagues and leaders.

“I am shocked and saddened by the accounts detailed in the open letter, and I am actively taking steps to address the underlying issues these highlight." - Dr Battacharya

Several other demands are made of the University in the open letter, including the adoption of a zero-tolerance policy to racism, the expansion of ethics teaching and the incorporation of inequality and cultural awareness lectures.

The University is set to meet with students to discuss how it can combat issues that have been raised by the medical students.

You can find the open letter here.